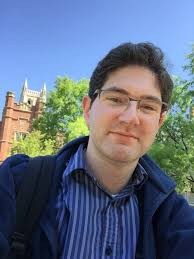 “While we all know Mel Brooks’ Blazing Saddles and some remember Kinky Friedman,” Manela says, “both Jewish
and non-Jewish entertainers were experimenting with the idea of Yiddish cowboys at the very beginning of the twentieth century, and Vaudeville comedians and rodeo clowns alike took on this identity. But it was not all fun and games. Not all the performers were Jewish, nor was the audience. While characters like the Jewish Cowboy
might have been created by Jews and for Jews, they quickly slipped the bounds of our religious and ethnic group and were performed in anti-Semitic ways. This is literally the beginning of self-deprecating Jewish humor in the 20th Century, which remains a double-edged sword for us.”

Manela will show performances of these songs and then discuss how the Cowboy Jew evolved and remained linked to music that represented Jewishness in the public mind.

The fee for the lecture is $10 for Temple Anshe Amunim members and $15 for non-members.

Bring a lunch – cold beverages/ desserts will be served.