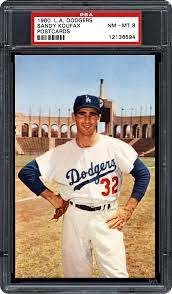 Once upon a time, Hank Greenberg and Sandy Koufax were bigger than life to Jewish families. They were authentic Jewish sports heroes. But there were plenty of others. Mark Spitz won gold medals at the 1972 Munich Olympics. Sid Luckman was a star quarterback for the Chicago Bears. The early days of basketball featured many Jewish athletes who honed their skills at local Jewish centers like the South Philadelphia Hebrew Association. The SPHAs were inducted into the Basketball Hall of Fame in Springfield, Massachusetts for their contribution in building interest in basketball. Jews today run sports leagues, own sports teams and there are some Jewish sports megastars like swimming’s Katie Ledecky.

Join Evan Weiner, speaker, author, with a radio and TV background. In 2007, the Department of State sent him
to talk to foreign nationals at the George Bush Presidential Library in College Station, Texas to speak about the politics of sports business in America.