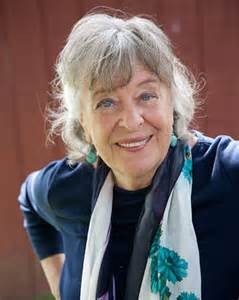 The Jewish Federation of the Berkshires will present Knosh & Knowledge with author Susan Dworkin, who will deliver a talk on the collaborative process of telling someone else’s story titled “Becoming Your Subject: The Magical Journey of a Collaborating Writer.”

Dworkin will convey some of the quasi-mystical connections she has experienced as a writer working “with” and “as told to” people who have extraordinary stories to tell, among them Edith Hahn Beer in The Nazi Officer’s Wife (2000).

For ten years, Dworkin was a contributing editor at Ms. Magazine, interviewing celebrities like Meryl Streep, Whoopi
Goldberg, Carol Burnett, Danny Glover, and Roseanne Barr. Her film study, Making Tootsie, investigates how Dustin Hoffman, Sydney Pollack and Jessica Lange made the great comedy of a man who must live for a while as a woman.

Dworkin’s definitive biography of beauty queen/public servant Bess Myerson, Miss America 1945, provides a catwalk-view of post war America, encompassing a milieu of wounded veterans recovering on the Boardwalk at Atlantic City, stunned Jews reeling from revelations of the Holocaust, and new reform movements fighting racism and sexism.  Early stints at the US Department of Agriculture and as a journalist covering international aid projects left Dworkin with a fascination for all things farming. Her novel, The Commons, is a gripping science fiction thriller, set 150 years from now, about an alliance of farmers, plant scientists and young musicians fighting to save the world from starvation. The Viking in the Wheat Field, a consumer-friendly guide to agricultural politics, is about the crusading seed banker, Dr. Bent Skovmand, and the future of world food security. Her play, The Farm Bill,
(described by one director as “comic and scathing”) chronicles the political awakening of a low level clerk at the mammoth USDA.