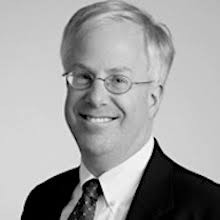 Supporters of legislation penalizing those who boycott Israel argue that this legislation keeps government on the  “right side” of discrimination. Opponents argue that such legislation violates the spirit, and the letter, of the First Amendment. What are the arguments on both sides? And when—if ever—does anti-Israelism cross a line into anti-Semitism?

Jeffrey S Robbins, is a respected attorney in the Boston office of Mintz Levin, where he specializes in complex civil litigation involving allegations of fraud, First Amendment issues and claims of defamation.

Jeff was twice appointed as a United States Delegate to the United Nations Human Rights Commission in the Clinton Administration. He served as Chairman of the New England Board of the Anti-Defamation League from 2012 to 2014, and as President of the World Affairs Council of Boston (World Boston) between 2001 and 2004.

Jeffrey Robbins has also served as a US Delegate to the United Nations Human Rights Commission in the Clinton Administration and as Chief Counsel for the Minority on the US Senate Permanent Subcommittee on Investigations and as an Assistant US Attorney for the district of MA.

He is the recipient of numerous awards and honors, including the United States Department of Justice Special Achievement Award and the American Jewish Committee’s Human Rights Award.

Jeff writes regularly for the Boston Herald, The Observer and the Times of Israel on politics, foreign policy and national security issues, and his op-eds have appeared in The Wall Street Journal, the Boston Globe and the Christian Science Monitor.

Advanced lunch reservations required by Thursday, May 10 before noon by calling 413-442-4360, ext. 10 or federation@jewishberkshires.org