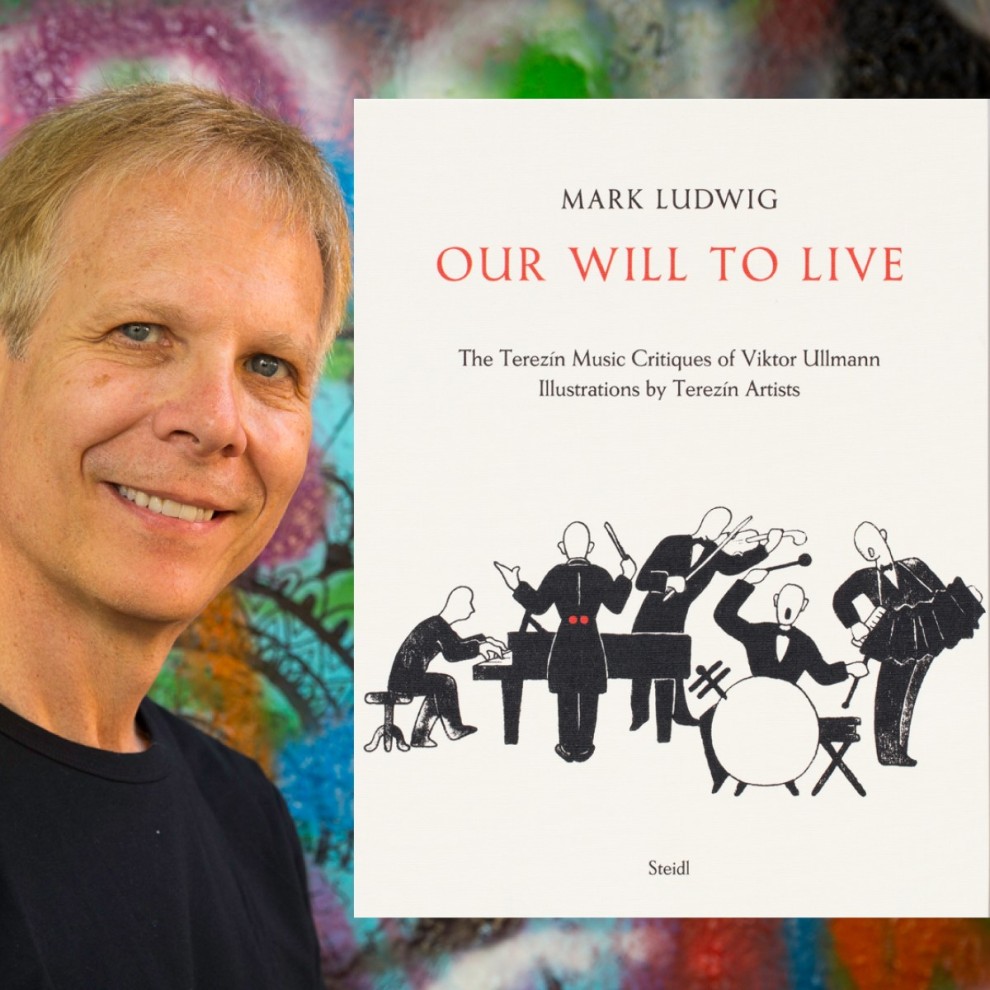 Join Terezín Music Foundation (TMF) director and Fulbright music scholar Mark Ludwig, in an artistic, and musical journey into the astonishing cultural community that persevered in this Nazi camp. Newly translated writings, rarely seen art, and vintage and new music tracks—from Mark's new book, Our Will to Live, amplify voices silenced in the Holocaust and bring the fullest picture yet of this unique time in Jewish history. Books will be available for purchase.

Mark Ludwig, Executive Director and Founder of Terezín Music Foundation, is a Boston Symphony Orchestra member emeritus who blends his musical career with social causes promoting tolerance. He has performed on numerous CDs and in concerts to benefit causes in the US, Bosnia, Darfur, Tibet, and Europe. In 2009 he performed for the Dalai Lama at the United States Capitol in a ceremony awarding His Holiness the Tom Lantos Human Rights Prize. For his global outreach efforts, Mr. Ludwig was nominated to be a UNESCO Artist-for-PEACE and Goodwill Ambassador.

Mr. Ludwig founded the Terezín Music Foundation in 1991. A Fulbright scholar of the Terezín composers, he has authored essays, program notes, and a Holocaust curriculum for schools. Harvard University, the University of Virginia, and Charles University in Prague are among the many schools where Mr. Ludwig has appeared as a guest lecturer. Since 2001 he has been an Adjunct Professor at Boston College, teaching the course “Art and Music During the Holocaust and Third Reich." Mr. Ludwig is retired from the Boston Symphony Orchestra, where is was a tenured violist since 1982.