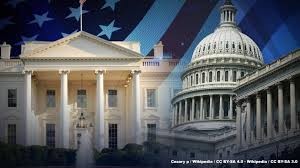 The battle between the White House and Congress over Congressional investigations into Trump's conduct and finances and into his Administration more broadly, has escalated tensions between the two branches, raising the specter of impeachment proceedings and bringing political partisanship to a level rarely seen in a capital already known for its partisanship.

Jeff Robbins, former Chief Counsel to the Democratic Senators on the United States Senate Permanent Subcommittee on Investigations, former Assistant US Attorney and Visiting Assistant Professor of Practice at Brown University's Political Science Department, will trace the modern history of Congressional investigations into the Executive branch, highlighting the historic clashes between Congress and the President and touching on how the current clash resembles, and differs from, those in recent history.