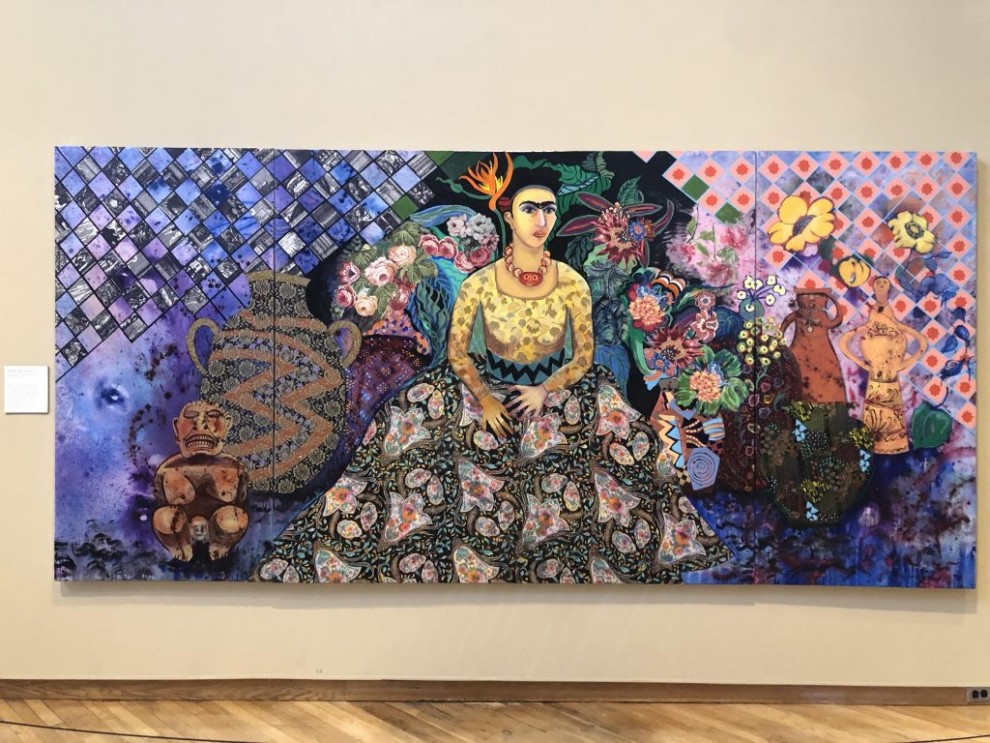 Miriam Schapiro was one of the foremost leaders in the feminist art movement in the US.  Since 1970, Schapiro raised women’s consciousness through her painting, printmaking, and teaching.  Nicknamed “Mimi Appleseed” after Johnny Appleseed whose dream was for a land where blossoming apple trees were everywhere, she opened paths previously closed and unknown to women artists.  Her Jewish identity is explored in tributes to the leftist Mexican painter Frida Kahlo, who claimed Jewish ancestry, her homage to the French Jewish artist Sonia Delauney, a co-founder of the Orphism movement, as well as others.

She's published in Jewish Art and had funding to interview at new Jewish Museum, Munich. Also published on Memorial to the Murdered European Jews, Berlin after interviews with the archivist in Berlin and the architect, Peter Eisenman in Manhattan.