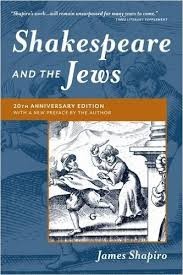 The Jewish Federation Connecting with Community series will host Hugh Black who will discuss James S. Shapiro's book Shakespeare and the Jews, to commemorate the 400th anniversary of Shakespeare's death.  This discussion follows the screening of the film The Merchant of Venice on Monday, March 6.