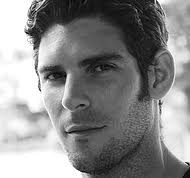 The Jewish Federation Connecting with Community presents "Beyond the Hora: How Israeli Contemporary Dance Became World Famous."  Join Brian Schaefer, a New York based journalist covering arts and culture for a variety of publications, including the New York Times, The New Yorker, Ha'aretz Newspaper and Table Magazine, among others, where he has written extensively about dance in Israel.  He has been a Scholar-in-Residence at the Jacob's Pillow Dance Festival since 2015.

He will speak about folk dancing on kibbutzim to the development of a robust contemporary dance scene, where movement and choreography have played a dynamic role in shaping and reflecting on Israel's national identity.

He will look at the roots of dance in Israeli society, the influence of American modern dance on its growth, the companies and choreographers that have brought it international acclaim - like Batsheva Dance Company (at Jacob's Pillow and in New York City this July), and how dance in Israel represents the country today.

This free program is part of the Federation’s Connecting With Community Series and will be followed by a kosher hot lunch. Lunch is a $2 suggested donation for adults over 60 years of age or $7 for all others. Advance reservations are required for lunch and can be made by calling (413) 442-2200 before 9 a.m. on the day of the program.
Share