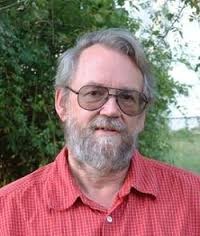 The Jewish Federation Connecting with Community series presents "Who was Festus Campbell" with author Bernard A. Drew, who will share the historic story of an African American who lived and owned businesses in Pittsfield in the 19th century.

A Berkshire man of African descent, Festus Campbell (1822-1910) ran restaurants at Pittsfield's train station and on North Street in the 1870s. He also operated Innisfallen Green Houses on Francis Avenue.  Campbell came to Pittsfield in 1849 as a runaway slave, entered the employ of Dr. Robert Campbell,and traveled to Europe and the Holy Land as a valet in the company of Judge Thomas D. Colt, George P. Briggs, and others.  He became fluent in Italian and French.

Well-liked and often in the press, Campbell was not a good businessman.  He and his common-law wife, Mary Jane Quincy (1829-1909), disappeared from the public record here after 1875, only to reappear in Olympia, WA where he worked as a cook and gardener and became an ordained Baptist Minister.

The speaker will describe how his investigation into local history made some surprising discoveries, with the help of his daughter, Jessie M. Drew, who coincidentally lives in Olympia.

Bernard Drew is senior associate editor of The Lakeville Journal newspapers in Salisbury, CT.  He has written over 500 Our Berkshire columns for The Berkshire Eagle in Pittsfield.  He has published 50 books, more than half of them Berkshire histories.