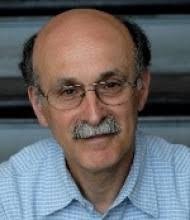 The Jewish Federation of the Berkshires presents:
Knosh & Knowledge

A Execution in the Family: A Rosenberg's Son's Journey

Activist, author and attorney Robert Meeropol was 6 years old when his parents, Ethel and Julius, were sent to the electric chair in 1953, executed by the US government after one of the most controversial trials in American history.

Robert will discuss how the public's understanding of the facts of his parents' case has evolved and its influence on his creation of the Rosenberg Fund for Children.

The Rosenberg Fund for Children is a non-profit foundation that helps kids in the U.S. whose activist parents have been attacked because they're working to combat racism, protest police brutality, preserve civil liberties, safeguard the environment, wage peace, and organize on behalf of immigrants, workers, prisoners, queer and trans people, and others whose lives are under threat. The Fund makes grants that pay for educational and emotional support services for these “children of resistance.”

The group’s mission honors the resistance of its founder’s parents, Ethel and Julius Rosenberg, left-wing activists who were executed at the height of the McCarthy Era after being swept up in one of the most controversial legal events in U.S. history.

Over its 28-year history, the Rosenberg Fund for Children has awarded more than $6.5 million to help thousands of children. Robert Meeropol is the younger son of Ethel and Julius Rosenberg.  In 1953, when he was six years old, the United States Government executed his parents for “conspiring to steal the secret of the atomic bomb.”

For over 40 years he has been a progressive activist, author and public speaker.  In the 1970s he and his brother, Michael, successfully sued the FBI and CIA to force the release of 300,000 previously secret documents about their parents. He earned undergraduate and graduate degrees in Anthropology from the University of Michigan, graduated law school in 1985, and was admitted to the Massachusetts Bar.

In 1990, after leaving private practice, Robert founded the Rosenberg Fund for Children and served as its Executive Director until he retired from that position when his daughter took over the Fund’s leadership in 2013. Robert remains on the RFC’s Board of Directors.

Robert’s memoir, An Execution in the Family, was published by St. Martin’s Press on the 50th anniversary of his parents’ executions. The book details his odyssey from Rosenberg son to political activist and founder of the Rosenberg Fund for Children.

Program is free. Due to a scheduling accommodation, there will be no lunch offered after the lecture. No advanced reservations are required for this program.