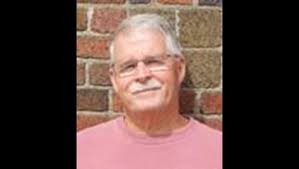 The Jewish Federation of the Berkshires' Connecting with Community welcomes Robert Waldheim, commander of the Jewish War Veterans of the USA, Louis Green Post #140 of Pittsfield. He will speak about his military service and initiatives the group will be taking in the year ahead.

Bob Waldheim was raised in Hinsdale and attended school in Pittsfield. Two weeks after graduation, he enlisted in the Marine Corps with six other friends from Hinsdale and Dalton. They all signed up for the two-year active and four-year reserve duty in order to complete a six-year obligation, and departed for boot camp at Parris Island, SC. In May, 1967, he was sent to Vietnam and served with the second platoon of Kilo Company, the Third Battalion, Ninth Marines in Dong Ha on the DMZ. They were involved in operations from Gia Lin to Con Tien, Camp Carroll, the Rockpile, and Cam Lo, which was south of Khe Sahn. In January, 1968, Bob was transferred to the Third CAG (Combined Action Group) where he went into the villages north of Phu Bia and participated in the liberation of Que during the Tet Offensive of 1968. He returned home in June, 1968 and was honorably discharged from active duty.

Bob stayed in Pittsfield and worked for different companies such as General Electric and Schaefer Eaton. He used the GI Bill to learn carpentry and construction. In 1973, he met his wife Ruth, and while working in Boston, he went through his conversion to Conservative Judaism at Beth Israel in Brookline, MA. They were married in August, 1977 and have two daughters.