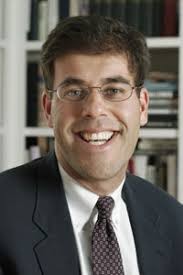 American democracy emerged in the late eighteenth century as a mix of political forms. The Founding Fathers rejected monarchy, but they were also skeptical about direct decision-making by all citizens. Through the Constitution and early federal institutions, Americans invented a system that emphasized representation, unity, and leadership by individuals of merit. This system has always been unstable, uncertain, and emerging. Our history is about the continuous re-making our democracy and our institutions.

Noted historian and author Jeremi Suri will describe that historical process and explain how it sheds important light on our current conditions, as well as prospects for the future. The lecture will close with thoughts on how our democracy can grow and prosper with a new generation of leaders in coming years.

Program only is free. $11 includes lunch following program. Advanced reservations are required by Thursday, July 19 before noon by calling 413-442-4360, ext. 10 or federation@jewishberkshires.org

Jeremi Suri holds the Mack Brown Distinguished Chair for Leadership in Global Affairs at The University of Texas at Austin. He is a professor in the university's Department of History and the LBJ School of Public Affairs.

Professor Suri is the author and editor of nine books on contemporary politics and foreign policy. His most recent book is "The Impossible Presidency: The Rise and Fall of America’s Highest Office." His other books include "Henry Kissinger and the American Century," "Liberty's Surest Guardian: American Nation-Building from the Founders to Obama," and "Foreign Policy Breakthroughs: Cases in Successful Diplomacy"(Robert Hutchings). Professor Suri writes for major newspapers and magazines including The New York Times, The Washington Post, The New York Daily News, The Dallas Morning News, The Houston Chronicle, The Boston Globe, Foreign Affairs, Fortune, The American Prospect, and Wired. He also writes for various online sites and blogs. He is a popular public lecturer, and he appears frequently on radio and television programs.