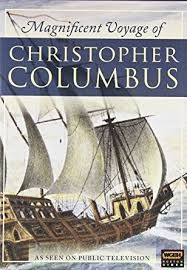 The Jewish Federation Connecting with Community will screen the film The Magnificent Voyage Of Christopher Columbus.

This documentary from executive producer and director Zvi Dor-Ner recounts the history and epic adventure of Christopher Columbus' first Atlantic crossing, as a modern-day crew retraces Columbus' voyage in replicas of his fleet.

Columbus changed the world, as few other men have ever changed it, bringing together the unknown and the known. Yet the great explorer went to his grave unaware that he had discovered two vast continents. The forces that Columbus unknowingly set in motion brought about a profound transformation of America, Europe and, in short order, Africa and Asia. His voyage initiated a trans-oceanic migration of peoples, plants and diseases that, for better and often for worse, affected everyone on the globe.