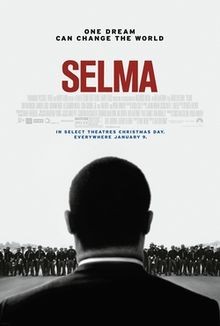 The Jewish Federation Connecting with Community series will screen the Civil Rights era drama Selma.  The film will be screened in two parts, before and after lunch, and will conclude by 2pm.

Selma is a 2014 British-American historical drama film directed by Ava DuVernay and written by Paul Webb. It is based on the 1965 Selma to Montgomery voting rights marches led by James Bevel, Hosea Williams, Martin Luther King, Jr. and John Lewis. The film stars actors David Oyelowo as King,Tom Wilkinson as President Lyndon B. Johnson, Tim Roth as George Wallace, Carmen Ejogo as Coretta Scott King and Common as Bevel.