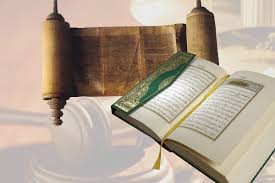 The Jewish Federation of the Berkshires presents: Knosh & Knowledge Sacred Words: A Conversation about the Sacred Writings of Quran and Torah with
Cantor Robert Scherr and Muslim Chaplain, Sharif Rosen

If you think:  The Muslim Chaplain and the Jewish Chaplain walked into the room together...you probably imagine you're at the beginning of a joke.  Actually, you'll find yourself at a lively discussion about the meaning of the Quran and the Torah, how they intersect and how they are separate.

How do these texts underpin "commandments" for their respective communities?  Why did Thomas Jefferson own a  Quran?  Why is every Jewish king commanded to write a Torah?

Sharif Rosen joined Williams College in February, 2015 in a dual appointment as the Muslim chaplain and Assistant Director for Community Engagement with the Center for Learning in Action.  Prior to this, he was at Dartmouth College as the Muslim & Multi-faith Advisor.

Cantor Bob Scherr recently retired after serving as Jewish Chaplain for Williams College for more than 12 years.  He served as cantor of Temple Israel in Natick, MA from 1976-2005, during which time he helped to define identity as a congregation of Torah readers, training hundreds of ba'alei kriah.