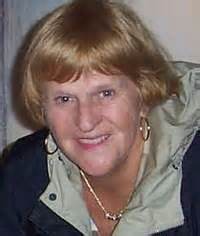 The Jewish Federation of the Berkshires' Connecting with Community presents columnist and novelist Ruth Bass.  Bass will speak about her columns and two published novels about her grandmother's life, and also read from the books, Sarah's Daughter and Rose.

Bass's grandmother was born in Charlemont, MA and grew up on a farm.  After her mother died at an early age, Bass's grandmother, then 14 years old, was expected to take over the house and care for two younger siblings, the chickens, the garden, and whatever else went with being a housewife.

"It must have been hard for her," Bass relates, "but despite all the days we spent together, she never talked about it.  Only a couple of kernels from that era came my way, but the things I knew were intriguing enough to make me want to write Sarah's Daughter .  So, I fictionalized my grandmother's teen years, using the few things I knew and making up the rest."

Bass just finished the third book in the series.  She worked as police and court reporter for the Berkshire Eagle prior to her marriage to Milton Bass, returning in 1977 to the paper after a hiatus and eventually holding the position of Sunday editor before leaving in 1996.  Her Monday column has been published for 35 years.