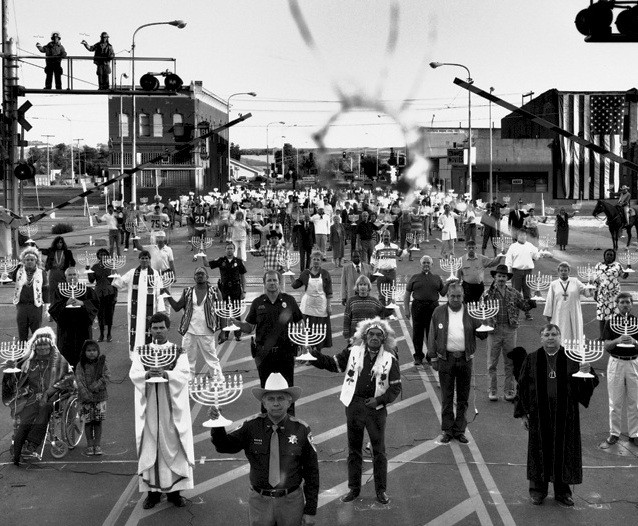 Not In Our Town! is a film that launched an Anti-Hate Movement

Townspeople of all races and religions found common ground against hate based attacks against their African American, Native American and Jewish families and congregations.  Religious and community leaders, labor union volunteers, law enforcement, the local newspaper and concerned residents united in action and spoke loudly against hate and intolerance, proclaiming in no uncertain terms

Sponsored by Jewish Federation of the Berkshires, Multicultural Bridge, ADL, and NAACP