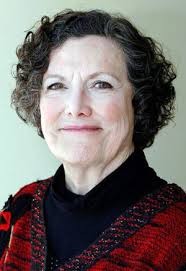 The Jewish Federation of the Berkshires presents:
Knosh & Knowledge
"Museums that Matter and How They Grow" with Ruth Abram, founder of New York City's Tenement Museum and BEHOLD! New Lebanon

Knosh & Knowledge hosts Ruth Abram, founder of New York City's Tenement Museum and BEHOLD! New Lebanon, an innovative "museum without walls" just over the New York state line.  In "Museums That Matter (And How They Grow)," Abram will explain how the Tenement Museum set out to be a place of civic engagement, and how and why that idea took hold.

"The day is long gone when a museum can ignore the challenge of being relevant to the lives of people in its immediate community and its visitors," says Abram.

In a Berkshire Jewish Voice profile in July, 2016, we wrote: "BEHOLD! New Lebanon is Abram's second foray as founder of a museum, the first being the Lower East Side Tenement Museum in New York City.  With both projects, Abram drew on her awareness of history and her desire to tell a story of a place and its people.  While the Tenement Museum's narrative is complex but straightforward - it conveys the experience of immigrants arriving in America, of outsiders making their way in a difficult city - Abram has had to think outside the box to convey the story of New Lebanon's past and present.  BEHOLD! reflects her own desire to understand the nature of the community she moved to in 2007, a place whose workings were mysterious to her and far outside her experiences as an urbanite with a life and career in rarified, cosmopolitan milieus."

Abram's writing has been published by a wide range of national publications. She is a sought-after speaker who has made numerous media appearances on programs including World News Tonight, The Today Show, and National Public Radio.

Advanced lunch reservations required by Thursday, May 11 before noon by calling 413-442-4360, ext. 10 or jfb.officemanager@verizon.net