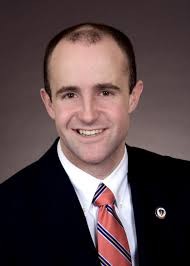 The Jewish Federation of the Berkshires Connecting with Community welcomes outgoing Massachusetts
State Senator Benjamin B. Downing (D-Pittsfield), who will describe his recent fact finding visit to Israel.

In December 2015, Senator Downing and a delegation from the Massachusetts State Senate traveled to Israel to
gain perspective on the complexities and challenges facing the country and the region.  Senator Downing will discuss what he learned over the course of 10 days traveling the country, meeting with government officials and local leaders in religion, academia, media, and business.

Benjamin B. Downing was first elected to the Massachusetts Senate on November 7, 2006 and was re-elected
in 2008, 2010, 2012, and 2014. Senator Downing represents the 52 communities of the Berkshire, Hampshire, Franklin & Hampden District, proudly serving the largest Senate district in the Commonwealth.