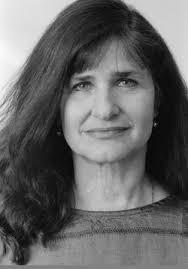 She is the author of six novels, including The Holocaust Kid, an autobiographical novel inspired by her family's experience.

Pilcer will discuss what it means to grow up as an American girl, living under the shadow of the Holocaust, but with no real experience of the horror.  She says she became a writer to try to understand this paradox.  She will share excerpts from several of her books to illustrate how, as one of her parents' family friends from Europe said, "No matter what the subject, we always end up talking about the war."

The Holocaust has long been a theme in her work.  The Last Hotel: A Novel in Suites, Pilcer's latest work, begins in post-war Poland, and covers the family's time in the Landsberg Displaced Persons Camp and the arrival of a daughter, whose life narrative follows as she becomes an "American Girl."  Pilcer has been described as "... Elie Wiesel shot through with a heavy dose of Henry Miller and a little bit of early Philip Roth for good measure." Pilcer is a master of capturing the quirks, drives, follies, and passions of the human condition.

In her first novel, Teen Angel, she wrote about her adolescence in Washington Heights, and joining a girls' gang.  Maiden Rites, her second novel, followed her heroine from Queens in her attempt to fall in love and lose her virginity to a Columbia student.

Pilcer brings a theatrical flair to her presentations, having worked with many actors and directors.  She has received a New York Foundation of Arts grant, and fellowships at Yaddo and Virginia Center of Creative Arts.