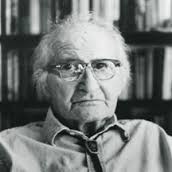 The Jewish Federation of the Berkshires Connecting with Community presents "The Great American Jewish Author" with Hugh Black who will speak about Henry Roth, who wrote Call It Sleep, a landmark work of Jewish American literature.

Roth was born in 1906 and died in 1995.  His family came from the same area of Galicia as the families of Phillip Roth and Sigmund Freud.  The novel Call It Sleep, published in 1934, was considered a major achievement, but was also quickly forgotten.  This depression-era novel of immigration was republished in 1964 with a major re-evaluation in the New York Times by Irving Howe and is today widely regarded as a masterpiece of Jewish American literature.

Hugh Black is a teacher, librarian, poet and bibliophile.