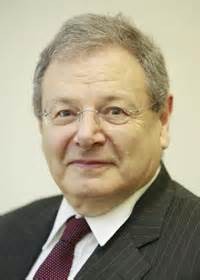 The Jewish Federation of the Berkshires' Connecting with Community series presents Jewish Writers: The Achievements of British Historian Martin Gilbert.  As part of his ongoing series exploring the achievements of prominent Jewish authors, Hugh Black - a teacher, librarian, journalist, poet, and bibliophile - returns to discuss the historical writing of Sir Martin Gilbert.

Sir Martin Gilbert was born in London in 1936 to Jewish parents, Peter and Miriam Gilbert, whose own parents were refugees from Czarist Russia.  Best known as the official biographer of Sir Winston Churchill, Gilbert wrote many books about Jewish history.  Among the books Black will discuss are Winston Churchill and the Jews, Israel: A History, Jerusalem in the 20th Century, The Holocaust Journals, The Boys: Triumph Over Adversity, and The Holocaust Chronicles.  Gilbert died in 2014 at age 78 in Jerusalem.