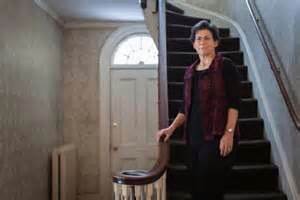 "I am glad there are Books.  They are better than Heaven," wrote poet Emily Dickinson, and at The Jewish Federation of the Berkshires' Connecting with Community program, Jane Wald, executive director of the Emily Dickinson Museum in Amherst, will explore the poet's work through the books that filled the Dickinson Family's library shelves.

What can these books tell us about the reclusive poet's life and worldview?  Wald notes that Dickinson's poems and letters chronicle a lifelong struggle with issues of faith and doubt, suffering and salvation, nature and deity, mortality and the eternal.  Nevertheless, Dickinson's religious views have long evaded precise explanation.  She refused to become a full member of her family's church and called herself a "pagan," but she knew the Bible backwards and forwards and often spoke of faith and its attributes in poetry.

An examination of the religious texts on the shelves of her family's libraries can cast more light on Dickinson's personal theological explorations in the context of 19th century religious movements.  Were they better, to her, than Heaven?

Jane Wald has been with the Museum (also knows as The Homestead and The Evergreens) for 14 years, has been its executive director for the last nine.  She has overseen the expansion of tours, public programs, and audience while directing many capital and restoration projects.