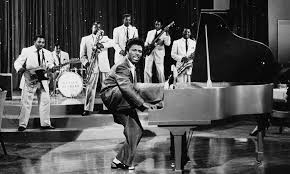 Join us with "Radio Dave" Milberg, a disc jockey-at-law, broadcasting since 1965, lawyering since 1979 as he discusses how Rock & Roll is more than a soundtrack of our society since the mid-1950s. It also has been … and continues to be … a strong force for improved race relations in the U.S.  Highlights include spotlighting the first integrated rock group to have a hit record, a legendary Chicago soul group with a string of hits that promoted racial pride, and how the Beatles and Rolling Stones helped make Rock & Roll a force for racial understanding in the United States.