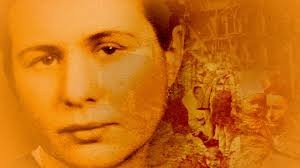 The Jewish Federation of the Berkshires marks Holocaust Memorial Day (Yom Ha’Shoah) with a screening of IRENA
SENDLER: In the Name of Their Mothers, an hour-long documentary about a group of young Polish women who outfoxed the Nazis during World War II to save the lives of thousands of Jewish children.

Co-sponsored by the Polish Falcon Club of Pittsfield, this free event at the Berkshire Museum’s Little Cinema is
open to all and will include a facilitated discussion and memorial candle lighting.

In the Name of Their Mothers centers on the experiences of Irena Sendler, who at age 98 told her story for the last time to filmmaker Mary Skinner. Sendler was a 29-year-old social worker when the Nazis invaded Poland in 1939. When Warsaw’s Jews were imprisoned inside a ghetto without food and medicine, she and her friends smuggled in aid and began smuggling orphaned children out – hiding them in convents, orphanages and private homes. Soon
they were appealing to Jewish mothers to part with their children in order to save them. Before the Nazis burned the
entire district to the ground, they had managed to rescue more than 2,500 children. Over the next two years, they cared for the children, disguised their identities and moved them constantly to keep them from being discovered
and killed. They joined forces with the Polish Resistance to get money to fund and protect foster caretakers and they preserved the true identities of the children, hoping to reunite them with their Jewish families after the war.

In October of 1943, Sendler was captured by the Gestapo, imprisoned and tortured. When she refused to divulge
anything about her coworkers or her organization, she was sentenced to death. She escaped on the day she was
to be executed, thanks to her friends in the Resistance who had managed to bribe a German guard. With a new false identity, she continued with her work until the end of the war.  All of the children rescued by Sendler’s network survived the war, and some were re-united with their families. This 2011 PBS documentary features Sendler and her
co-workers, along with several of the children they rescued.  Their stories – evoked through rare archival footage, family photographs and poetic recreations shot in Warsaw – are a testament to the power of moral courage, even in the darkest of times.