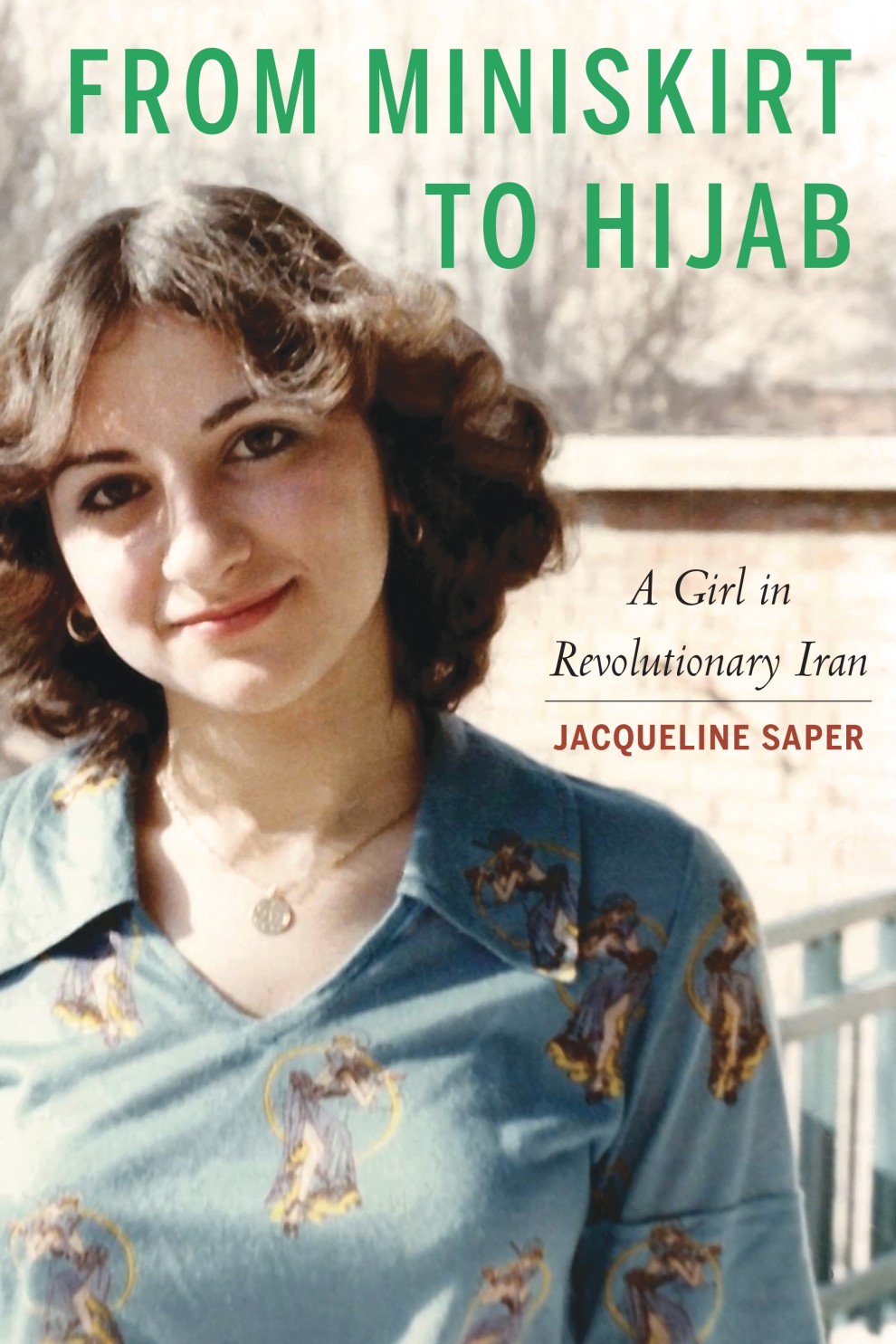 Born in Tehran to an Iranian Mizrachi father and a British Ashkenazi mother, Jacqueline has been a bridge between the East and the West since birth. Saper’s comfortable childhood and adolescence ended at eighteen with the 1979 Iranian Revolution. The shah was ousted, Ayatollah Khomeini returned from exile, and Iran became an Islamic theocracy. Almost overnight, she went from wearing miniskirts to wearing the hijab, by force. She continued to live in the Islamic Republic for eight more years, hiding in the basement as Iraqi bombs fell over the city during the Iran-Iraq war. Saper finally escaped Iran with her husband and two young children in 1987.

In this fascinating and timely talk, we will get to the heart of Ms. Saper’s story of “how extremist ideologies seized a Westernized, affluent country and transformed it into a fundamentalist Islamic society.”

Her memoir, From Miniskirt to Hijab: A Girl in Revolutionary Iran, can be purchased here and a portion of the proceeds will be donated back to the local Bookstore in Lenox.