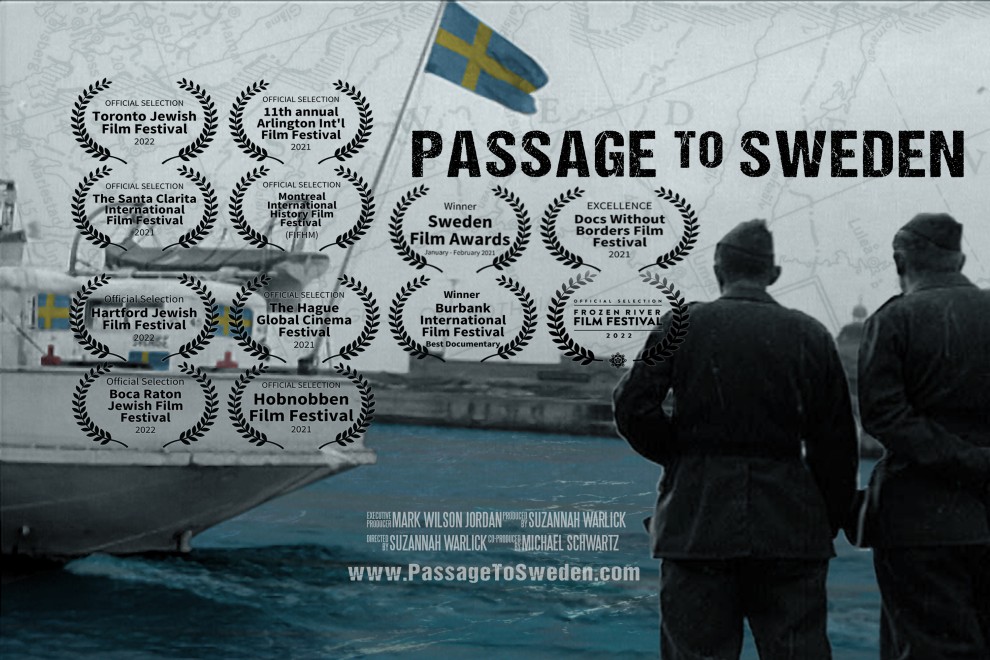 Join us for a community commemoration of Yom HaShoah-Holocaust Remembrance Day featuring the film screening of Passage to Sweden followed by a special personal story shared by Agi Sardi, the daughter of a survivor whose family received a certificate of protection by the Swedish legation, candle lighting and prayers of remembrance.

Passage To Sweden tells the lesser-known story of events occurring in Scandinavia and Budapest during WWII.  It focuses on the heroic actions of ordinary people who saved the lives of thousands of Jews and fellow countrymen.  Special attention is paid to the Norwegian resistance, the citizens of Denmark, the Swedish Red Cross, Raoul Wallenberg, and Count Folke Bernadotte.  Risking their own lives, their selfless acts of courage and compassion is a powerful example of how anyone can make a difference.