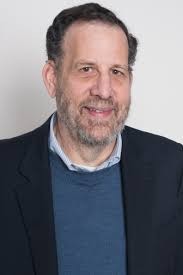 Learn about who participates in Birthright, what happens on trips, and what are the short and long term effects of participation.  Questions are welcome about Birthright's role in promoting connections between diaspora and Israeli Jewry and engaging young Jews in discussion of the Israeli-Palestinian conflict.

Professor Leonard Saxe (Brandeis University), has studied Birthright since its inception.  He and his research team have interviewed and surveyed hundreds of thousands of participants.

Leonard Saxe, Ph.D., is Klutznick Professor of Contemporary Jewish Studies and Social Policy at Brandeis
University where he directs the Cohen Center for Modern Jewish Studies and the Steinhardt Social Research Institute. Professor Saxe is a social psychologist and since 2000 has led a program of research on the impact of Birthright Israel on Jewish young adults. He is the author of more than 300 articles and books, including Ten Days of Birthright Israel: A Journey in Young Adult Identity (with B. Chazan) and How Goodly are Thy Tents: Summer Camps as Jewish Socializing Experience (with A. Sales). He has been a Fulbright Professor at the University of Haifa, a science fellow for the United States Congress and received the American Psychological Association’s Early Career Award for Distinguished Contributions in the Public Interest. In 2012, he was awarded the Marshall Sklare prize for his lifetime contributions to the social scientific study of Jewry. He currently serves as President of the Association for the Social Scientific Study of Jewrynent Israeli authors David Grossman, Ayelet Tsabari, and Dorit Rabinyan.