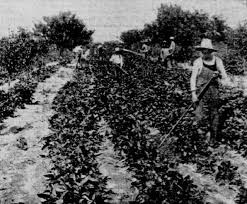 The Jewish Federation Connecting with Community series presents "A Chance for Land and Fresh Air: Russian Jewish Immigrants Became Farmers 1907-1940."  Explore the history that began with the Russian pogroms in the 19th century that prompted the flight of hundreds of thousands of Jews, most of whom settled in New York City, with cultural anthropologist, author and guest curator of the Sharon Historical Society, Carol Ascher.

Conditions of Manhattan's Lower East Side, and the mortgage assistance provided by Baron de Hirsch's Jewish Agricultural and Industrial Aid Society, enabled the new immigrants to leave the city and purchase their own land, forbidden to Jews in Russia, and become farmers.

This program celebrates the Jewish families that settled in the Ellsworth Hills above Sharon, CT and in Amenia, NY.  They ran kosher boarding houses and small hotels and built their own Temple, Beth David.