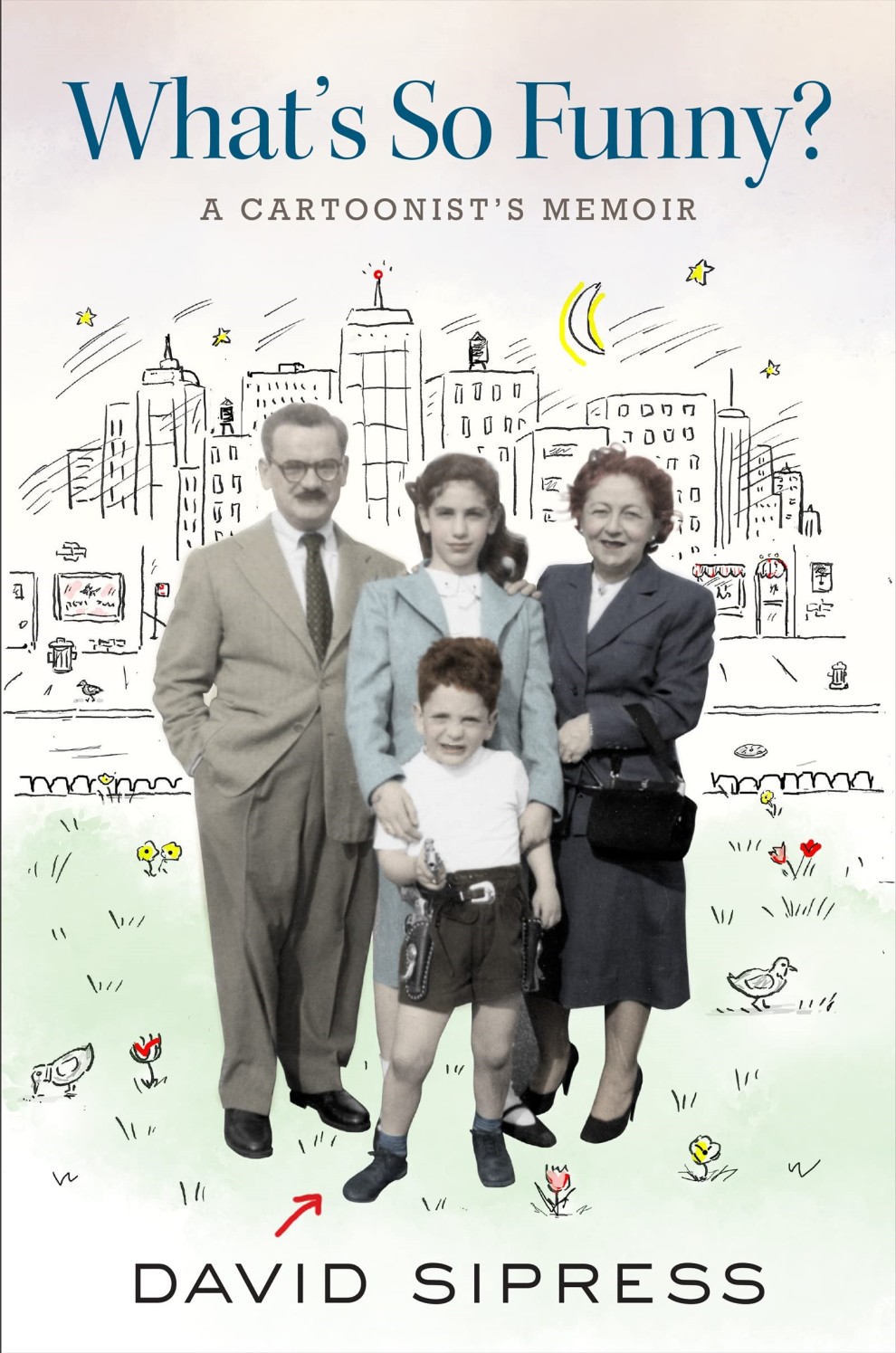 Join in discussion with David Sipress, iconic New Yorker cartoonist who writes about his hapless place in his Upper West Side Jewish family in the age of Sputnik and JFK.  Throughout, cartoons appear in the narrative with spot-on-precision, adding humor and insight to evocative profiles of his family and musings on creativity and art.  This poignant, compelling story is also a meditation on creativity and the art of cartooning, and the delightful Aha moments in answer to the perennial question aimed at cartoonists: Where do you get your ideas?

David has been a staff cartoonist at The New Yorker since 1998. He’s published nearly seven hundred cartoons in the magazine. During the presidential election in 2012, he became the first Daily Cartoonist on The New Yorker website, and repeated as Daily Cartoonist in 2014 and twice in 2016, covering the presidential primaries and the national election. He was the weekly cartoonist of The Boston Phoenix newspaper for twenty-five years.