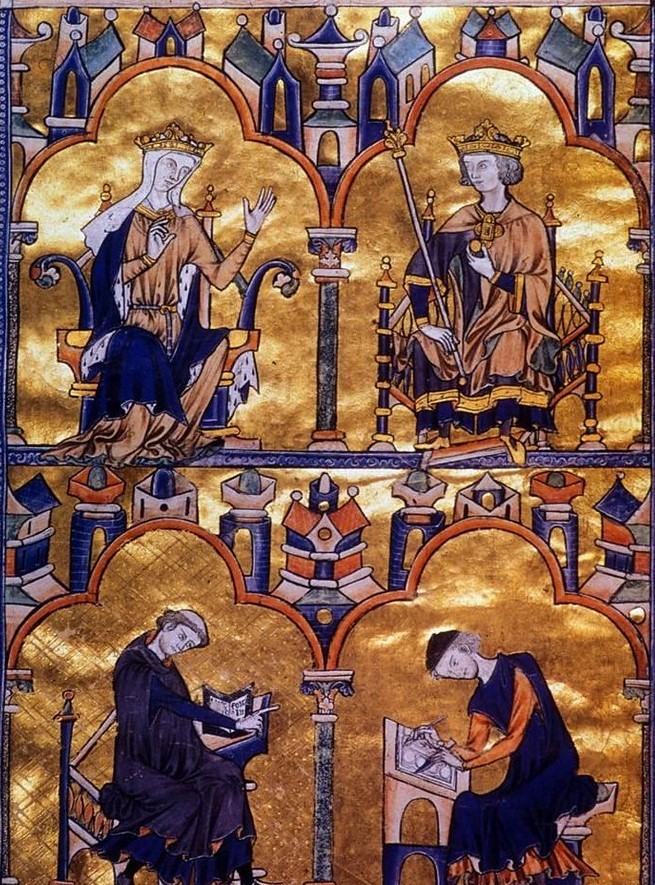 When Ferdinand and Isabella became rulers in Spain a powerful alliance of church and state erased evidence of Spain's previous diverse culture.  It is only since the death of Franco in 1975 that scholars have been allowed to investigate the vibrant, hybrid medieval Spanish world.  This talk will focus on the production of illuminated manuscripts, especially the "Golden Haggadah"  to illustrate the shared use of cultural images in the King's scriptorium.  Representatives of all three Abrahamic religions worked together in teams to produce magnificent manuscripts.  (People might want to investigate Geraldine Brooks' novel, The People of the Book.  Scholars have discovered that at least one of the artists producing manuscripts for the King was a woman)

Join Dr. Barbara Tomlinson for this fascinating program.  Dr. Tomlinson received her BA from  Barnard College, MAT Harvard University, Ph.D. Rutgers University.  She taught history at a private secondary school for 13 years, then moved to Kean University to help establish a course for freshmen in cultural history.  After retiring from Kean, she has spent the last 20 years giving adult education courses in cultural history throughout the state of New Jersey.