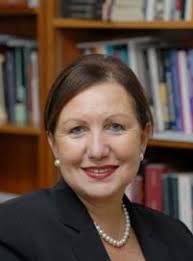 The Jewish Federation of the Berkshires presents:
Knosh & Knowledge
The Jews of Turkey: Yesterday, Today and Maybe Tomorrow

The origin of the Turkish-Jewish community mainly reflects the influx of Jews of Spain escaping the Inquisition to the Ottoman Empire after 1492.  This Jewish community continued to speak Ladino, a form of medieval Spanish, laced with words of Hebrew, French and Italian.  This community, which numbered around 100,000-130,000 in the 1950s declined as a result of immigration to Israel and political turmoil of the 1970s.  The present Jewish community of Turkey is no more than 20,000 with an uncertain future.

Seyla Benhabib  is a Turkish-Sephardic-American philosopher. She is Eugene Mayer Professor of Political Science and Philosophy at Yale University director of the program in Ethics, Politics, and Economics, and a well-known contemporary philosopher. She is the author of several books, most notably about the philosophers Hannah Arendt and Jurgen Habermas. Benhabib is well known for combining critical theory with feminist theory.

Born in Istanbul, Benhabib was educated at English language schools in that city. She received a B.A. in 1970 from Robert College, called the American College for Girls in Istanbul. She traces her family history back to the 1492 expulsion of Jews from Spain on the "second reconquista." She has cited Istanbul as reminiscent of "big cosmopolitan centers of, in a way, the old Europe." She left for the United States in 1970, received a B.A. from Brandeis University in 1972 and a Ph.D. from Yale in 1977.

Program only is free. $11 includes lunch following program. Advanced reservations are required by Thursday, August 2 before noon by calling 413-442-4360, ext. 10 or federation@jewishberkshires.org