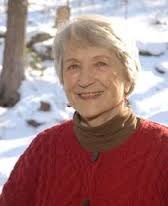 The Jewish Federation of the Berkshires Connecting with Community welcomes author Carol Ascher,
who will speak about forgiveness and how she explored the subject in her recent novel, A Call from Spooner Street.

Carol Ascher was in her twenties when her beloved father, a refugee from Nazi-occupied Austria, refused to speak
to her. His death six months later made his silence unending and left Ascher struggling for a resolution. In A Call
from Spooner Street, her latest novel, Ascher imagines the father-daughter reconciliation she wished she could have
had. After a brief reading from her novel, Ascher will offer Jewish and other perspectives on forgiveness, and will lead
an open discussion about the difficulty—and importance—of reconciliation and forgiveness in all our lives.

Carol Ascher has published six books, and many essays and stories. Growing up as the daughter of German Jewish refugees, the Holocaust and issues of emigration and exile were important themes in her memoir, Afterimages, as well as in two novels, The Flood and A Call from Spooner Street. Recently, her essays on
such diverse topics as Martin Buber, forgiveness and the Syrian refugee crisis appeared in Tikkun, Shalom, Hadassah Magazine, and Reform Judaism. Carol has received literary awards from the New York State Foundation for the Arts, the National Endowment for the Arts, and the National Foundation for Jewish Culture.

Trained as a cultural anthropologist, for many years she studied problems of equality in public schools.  She now lives in the woods of Northwest Connecticut, where she spends much of her days writing.