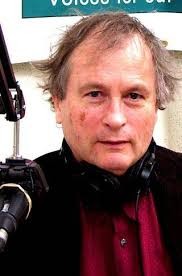 The Jewish Federation Connecting with Community series will host author and The Berkshire Edge editor, David Scribner, who will talk about recent changes in the Berkshires news media landscape.

The program will explore changes the news media in the Berkshires has undergone in the past several decades as a result of the emergence of the Internet as a major source of information, replacing, to a significant extent, traditional print platforms.  But how has this evolution, or devolution, of media affected the Berkshires, and what's in store for the future?  These are the questions that will be addressed.

David Scribner, now editor of the online publication The Berkshire Edge, was editor of the Berkshire Eagle for the 10 years (1995-2005) when the flagship newspaper of the Berkshires passed from local ownership to being owned by MediaNews Group, a national media company based in Denver, and then sold again to Digital First, that vowed to replace print with online content.  Now things have come full circle, with the Eagle returning to local ownership.

A graduate of Amherst College, Scribner is an author, journalist, and photographer.  His short stories have appeared in literary journals; his photographs have been exhibited at the International Center for Photography in New York City; his essays, reports and profiles appeared in Time and Life magazines, the Pacific Sun in San Rafael, CA and in regional magazines, including Yankee Magazine, and on WFCR, New England Public Radio.