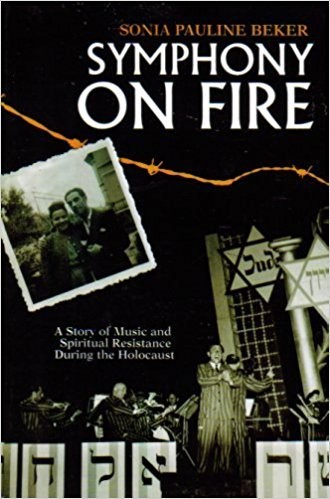 The Jewish Federation of the Berkshires presents:
Knosh & Knowledge
"Symphony on Fire: Spiritual Resistance During the Holocaust"

Knosh & Knowledge hosts Sonia Pauline Beker, as she discusses the true story of her parents, Fania Durmashkin and Max Beker, and how they navigated through the Holocaust as musicians.

In their own voices, Max Beker and Fania Durmashkin-Beker tell us their stories. As Jews and musicians in pre-World War II Vilna, the Jerusalem of Lithuania, they were part of a cultural cadre who studied, performed and created classical and Yiddish music in the city’s concert halls and coffee houses, private homes and hotels.

War destroyed their nurturing, loving families and came close to destroying them as well. Although Max and Fania took different paths navigating through the Nazi horror, music was their passport to survival and transcendence. As accomplished musicians, they shared their music with so many – the unfortunate inmates of the Vilna ghetto, concentration, labor and Nazi POW camps, and, finally, the St. Ottilien Displaced Persons Camp, where they first met in 1945. Here, they performed as members of a Jewish orchestra for the Nuremberg tribunal, for Ben Gurion and Golda Meir, and for DP camp inmates throughout Bavaria. Their reputation was such that Leonard Bernstein was told of the remarkable Jewish survivor orchestra who performed in their striped concentration camp uniforms, and he arranged to conduct them.

Sonia Pauline Beker also presents her early recollections of growing up with her parents in Brooklyn in the 1950s, a time of nostalgia and innocence when Americans were just emerging from the dark tunnel of the War into optimistic prosperity. But for Max, Fania and Sonia, life would always be touched by memory, by the longing to renew, and by their music.