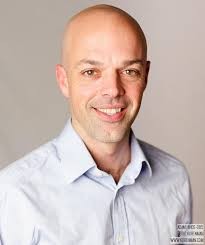 Senator Hinds represents the largest geographic territory in the Legislature, comprising 52 western communities. He
was raised in Buckland and attended Mohawk Trail Regional High School, where his mother was a librarian and his
Vietnam Veteran father was a school teacher. He attended Wesleyan University and then studied international law and negotiation at the Fletcher School of Law and Diplomacy at Tufts University.

Senator Hinds is the founding director of the Pittsfield Community Connection, a program designed to proactively
engage at-risk youth before exposure to and engagement in violence and crime, and also the former executive director of the Northern Berkshire Community Coalition, based in North Adams. Earlier in his career, he was hired by
the United Nations and spent nearly ten years working on issues at the heart of US national interest in the Middle
East. He spent three and a half years in Iraq, including as team leader of a UN-led negotiation between the
Kurdistan Region and Government of Iraq. He was based in Jerusalem for two years as chief regional advisor to the
UN Special Coordinator for the Middle East Peace Process. He worked with Kofi Annan to attempt to broker a ceasefire in Syria and was part of a team that worked to eliminate Syria’s chemical weapons program.