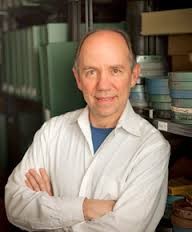 Norton Owen, associated with the Jacob's Pillow Dance Festival for four decades, will speak about the festival's history and its future direction.

As a Berkshire landmark for more than 80 years, Jacob's Pillow can boast of a historical legacy second to none.  Owen asserts that it also prides itself on a tradition of new beginnings, from its pioneering days as the summer home for Ted Shawn and His Men Dancers to its current status at the forefront of presenting major dance artists from throughout the world.  As the Pillow launches its 84th season with a new director at the helm, Owen will trace the Festival's history of innovation and offer a taste of what might be expected in the future, drawing upon some of the rich imagery found in the Jacob's Pillow archives.

Owen, associated with Jacob's Pillow since 1976 and director of preservation since 1990, has overseen the PillowTalks series and projects involving documentation, exhibitions, audience engagement and archival issues.  In 2015, the new Norton Owen Reading Room in Blake's Barn was named after Owen to honor his career.