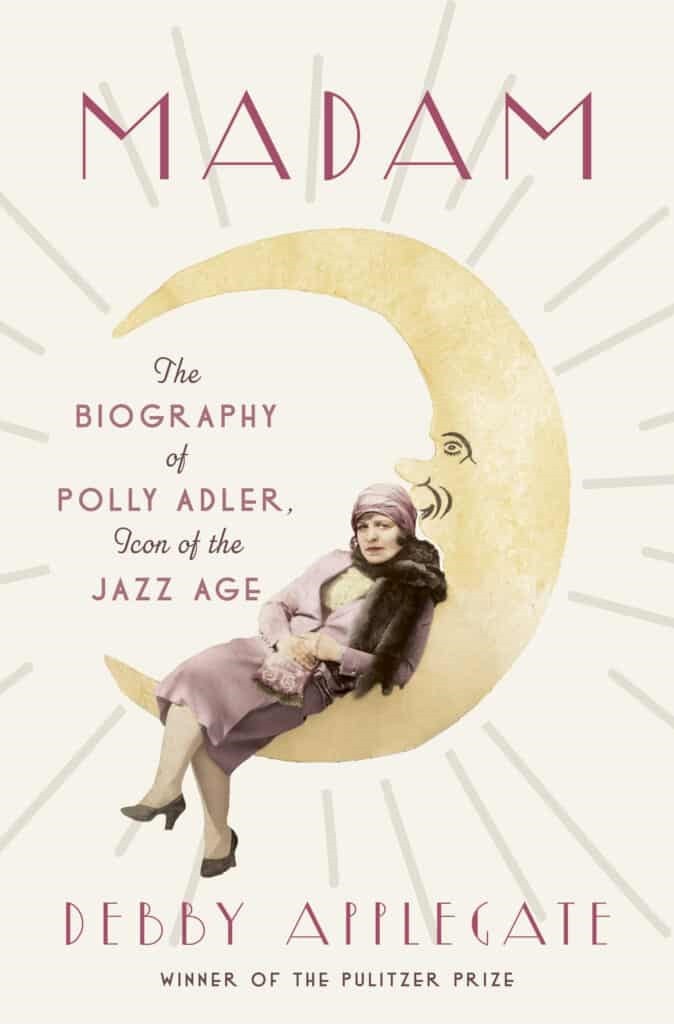 Join a conversation with Pulitzer-Prize winning author Debby Applegate of her new biography which tells the rollicking story of Polly Adler, Manhattan’s most notorious madam, whose decadent parties made the Jazz Age roar.

More than a biography, this is a colorful and unusual history of Jewish life told through the perspective of a “good Jewish girl” from a Russian shtetl who immigrated to Brooklyn, and rose to become “the Female Al Capone” and one of the most renowned Jewish American women in the 20th century.   Her brothels were underworld salons that catered to everyone from the Vanderbilts and the Rockefellers to Walter Winchell, Frank Sinatra, Desi Arnaz, the Algonquin Roundtable, Dutch Schultz and Meyer Lansky and it was rumored, Franklin D. Roosevelt. Applegate immerses the reader in Polly’s world and uses her rip-roaring life to unpack what made this era so corrupt, so glamorous and so transformational, showing how this riotous collision of high and low gave birth to modern American culture.