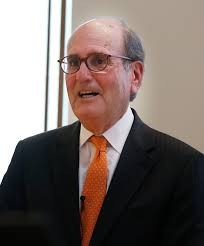 The Jewish Federation of the Berkshires presents:
Knosh & Knowledge
"Keeping it Local" with Judge Fredric Rutberg on restoring The Berkshire Eagle to local ownership

Knosh & Knowledge hosts Fredric D. Rutberg, longtime Berkshire County judge and, since May 2016, president of The Berkshire Eagle.  In "Keeping it Local" Judge Rutberg will talk about restoring the paper to local ownership, and the pitfalls encountered and lessons learned along the way.

Judge Rutberg will discuss the genesis of the project that led to the purchase of The Berkshire Eagle from absentee ownership and share the hopes he has for the project.  'I will also discuss what we have done in the year since the purchase to put The Eagle on the path to become the finest community newspaper in America," he says. "I will also address the challenges we face and the next set of changes our readership will encounter."