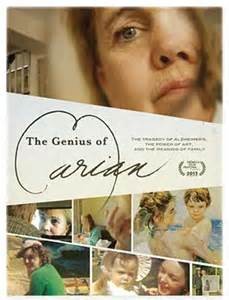 The Jewish Federation of the Berkshires will show the film "The Genius of Marian" by Banker White.  This film is a visually rich, emotionally complex story that follows Pam White in the early stages of Alzheimer's disease as her son, the filmmaker, documents her struggles to retain a sense of self.  After she is diagnosed at age 61 with early onset Alzheimer's, life begins to change for Pam and everyone around her.  Pam's husband grapples with his changing role from partner to caregiver.  Her adult children each find ways to show their love and support while mourning the loss of their mother.

The film not only chronicles the progress of Pam's disease but also serves as a meditation on what we inherit from the generations before us and the role of memory in creating legacy.

Program is free.  $2 suggested donation for Kosher Lunch following the program.  Advanced lunch reservations are required and can be made up to 9am on the day of the program by calling 413-442-2200.