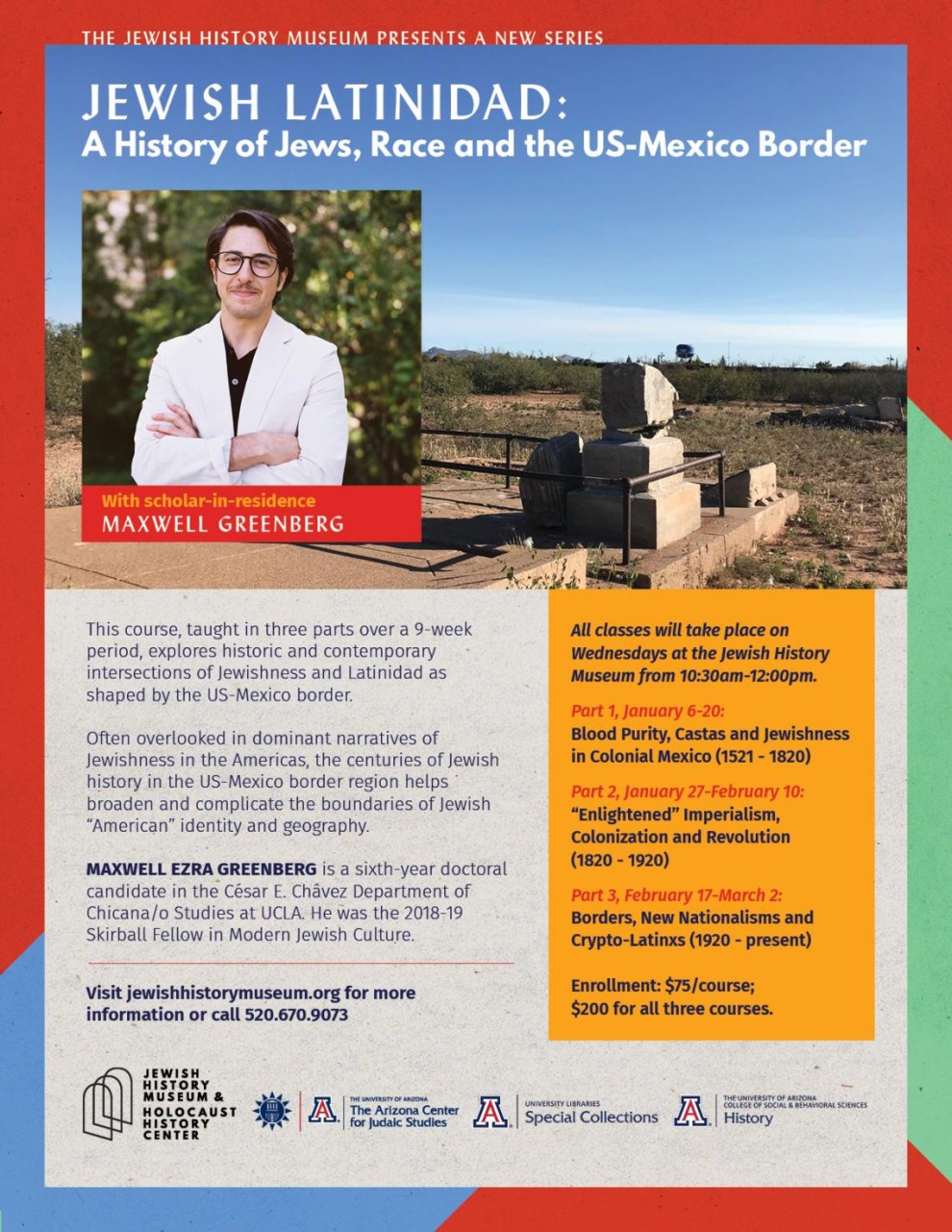 Join Maxwell E. Greenberg, a Phd candidate in the Department of Chicana/o and Central American Studies at UCLA, who will look at the current crisis at the southern border of the United States through the lens of “Jewish Ancestries in the Borderlands."

Writes Greenberg about his presentation: "Concentration camps, ethnic cleansing, refugee, asylum and sanctuary…such are the common descriptors of realities along the US-Mexico border that garner particular attention and concern amongst American Jews. Resonances with current border violence often draw upon the history
of 20th century Jewish migration to the US and the incorporation of the ‘refugee’ into immigration law, or analogies between the German Third Reich and ICE; but rarely considered is the multi-century relationship between Jews and the US-Mexico border region itself. ‘Jewish Ancestries in the Borderlands’ will explore how the region presently known as the US-Mexico border became one of the first sites of Jewish settlement in the Americas and what that
legacy can teach us about today’s ongoing humanitarian crisis.

Maxwell E Greenberg thinks, writes, and teaches about Jewish and Latinx histories in the US-Mexico border region. He was named a “2021 New Directions in Jewish Studies Lecturer” by University of California-Davis and developed curriculum and community programming for Jewish museums, including the Skirball Cultural Center in Los Angeles and the Jewish History Museum in Tucson. His scholarship has been published in Jewish Currents and Protocols, and he is currently writing a dissertation entitled, Jews on the Border: Entrepreneurship and Colonization between the US and Mexico, 1848-1948.