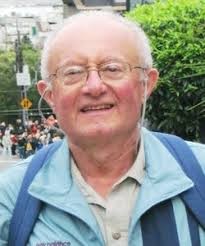 The Jewish Federation of the Berkshires presents:
Knosh & Knowledge
From Sanctuary to Synagogue

Robert R. Stieglitz, Professor Emeritus of Hebraic Studies and Ancient Mediterranean Civilizations at Rutgers University, presents an illustrated talk about the origin and development of that most Jewish institution - the synagogue - with special emphasis on its lesser known element of decorative arts.

Special attention will be given to the remarkable artistic motifs, both Jewish and pagan, unearthed in assorted ancient synagogues of Israel.

Robert R. Stieglitz was the director of the undergraduate Ancient and Medieval Civilizations Program at Rutgers. He received his Ph.D. in ancient Mediterranean studies from Brandeis University. He excavated at coastal sites in Greece and Israel and is the author of four books and more than 100 articles on the ancient Near East and Mediterranean world. He also taught at universities and institutes in Greece and Israel and was curator of the National Maritime Museum, Haifa. He leads archaeological tours in the Mediterranean to Greece and Turkey, Cyprus, Crete, Malta, Sardinia, and Corsica.

Program only is free. $11 includes lunch following program. Advanced reservations are required by Thursday, November 8 before noon by calling 413-442-4360, ext. 10 or federation@jewishberkshires.org