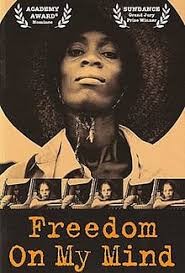 The Jewish Federation Connecting with Community will screen the film Freedom on my Mind, a 1994 feature documentary that tells the story of the Mississippi voter struggles of 1961 to 1964. This era was characterized by violence against the people involved, including multiple instances of murder.