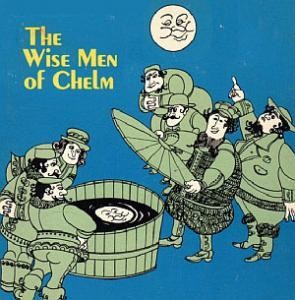 This three part series begins as Macht explores the world of Hershele Ostropolier, a "shoichet" in the town of Ostropoler, and the Wise Men of Chelm.  One of the poorest of the poor, he earned his livelihood by making fun of the Jewish community and Rabbis.  He was a great Jewish clown and his clever witticisms, and satirical remarks have survived today. Chelm in Poland was the legendary Jewish town of fools and innocents, "nebechs, shlimazls and shemiels."

Session 2 (Monday, July 1): Isaac Bashevis Singer
Singer is known for his writings delighting in Jewish religious customs, yet filled with humor and psychological skepticism.  When asked in a synagogue where he was giving a lecture, "Mr. Singer, are you a vegetarian for health reasons?", his reply was 'Yes, for the health of the chicken."