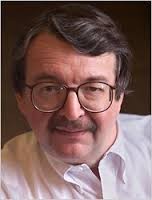 The Jewish Federation of the Berkshires presents:
Knosh & Knowledge with Joseph Berger, author and veteran
New York Times reporter,
who will reflect on the little-known story of the new lives 140,000 Holocaust survivors and
their children built in America. Berger is the author of Displaced Persons: Growing Up American After the Holocaust,
which was published by Scribner in April 2001 and is a memoir about his family’s experience as refugees in New
York in the 1950s and 1960s.

Berger was born in Russia in 1945, spent the postwar years in displaced person camps in Germany and, after
immigrating to the US, grew up in Manhattan and the Bronx. Writes Berger: “Like any immigrants and children
of immigrants, Holocaust survivors’ children lived in two worlds at the same time. On the one hand, there was this
thrillingly rich American turf to explore. On the other hand, they could never forget what it was like to feel intractably
rooted in another, incompatible world of refugee parents who cannot speak English, a world of people dazed from
unimaginable loss, and whose loneliness was unrelenting. Yet the children came to terms with the paradox and ultimately paid homage to their parents’ extraordinary courage, luck, and hard work.”
The book was praised by Elie Wiesel, of blessed memory, as a “powerful and sweetly melancholic memoir, brilliantly
written.