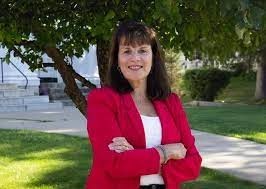 The Berkshires Film and Media Collaborative (BFMC) creates educational, workforce, and production opportunities in the film and media industry as an economic initiative for the western Massachusetts region.  Executive Director of BFMC, Diane Pearlman, will discuss the Berkshires as a destination for film and media production and highlight films produced in the area. She will also discuss the building of a new international film and education center that's in the planning stages now.

Diane is an independent entertainment producer, studio executive, and businesswoman with 30 years of experience in media creation and production. Her specialty is digital film production, animation, and feature film visual effects.  Diane is currently serving as Executive Director of the Berkshire Film and Media Collaborative (BFMC), a nonprofit organization dedicated to promoting and facilitating film and media production in the Berkshire region of western Massachusetts (www.berkshirefilm.org). BFMC offers workforce training and networking events for local professionals. Its newly established Community Film Fund provides matching monies to local nonprofits to make impactful videos for their branding, marketing, and social media.

This free program is part of the Federation’s Connecting With Community Series and will be followed by a kosher hot lunch. Lunch is a $3 suggested donation for adults over 60 years of age or $7 for all others. Advance reservations are required for lunch and can be made by calling (413) 442-2200 before 9 a.m. on the day of the program.