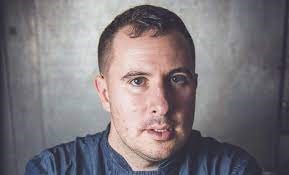 Join Federation director Dara Kaufman in conversation with Boston based Israeli chef Avi Shemtov, owner of A La Esh, the Chubby Chickpea, Simcha, and Hummus v'Hummus, as they explore the nitty gritty of great hummus and its many glorious and versatile options in honor of Yom Ha'atzmaut. Purist and creative foodies alike will enjoy the tips and tastes of this deep dive into all things Hummus.

Shemtov has appeared on multiple radio and television outlets, most notably PBS’ “Simply Ming” with chef Ming Tsai and “Henry in the Hub” on WGBH radio. In 2020, Shemtov and his team were invited to cook at the famed James Beard House. He released “The Single Guy Cookbook,” which Amazon called “Cookbook of the Month” in August 2015, and is set to release “Simcha” in July 2021. His podcast, “Heat in the Kitchen,” with his college friend Corey O’Leary can be found anywhere podcasts can be heard. In addition to his restaurant and business ventures, Shemtov sits on the board of Red, White, and Blue Coats in his hometown runs a school lunch program to combat food insecurity, and mentors aspiring entrepreneurs.