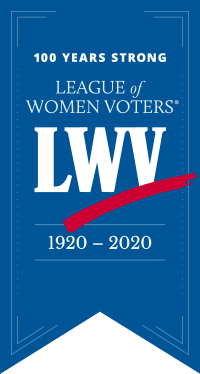 The League of Women Voters was founded by Carrie Chapman Catt in 1920 during the convention of the National American Woman Suffrage Association.  Since 1920, LWV has been an activist, grassroots organization whose leaders believed that voters should play a critical role in democracy.  The League is proud to be non-partisan, neither supporting nor opposing candidates or political parties at any level of government, but always working on vital issues of concern to members and the public.  The League has a long, rich history that continues with each passing year.