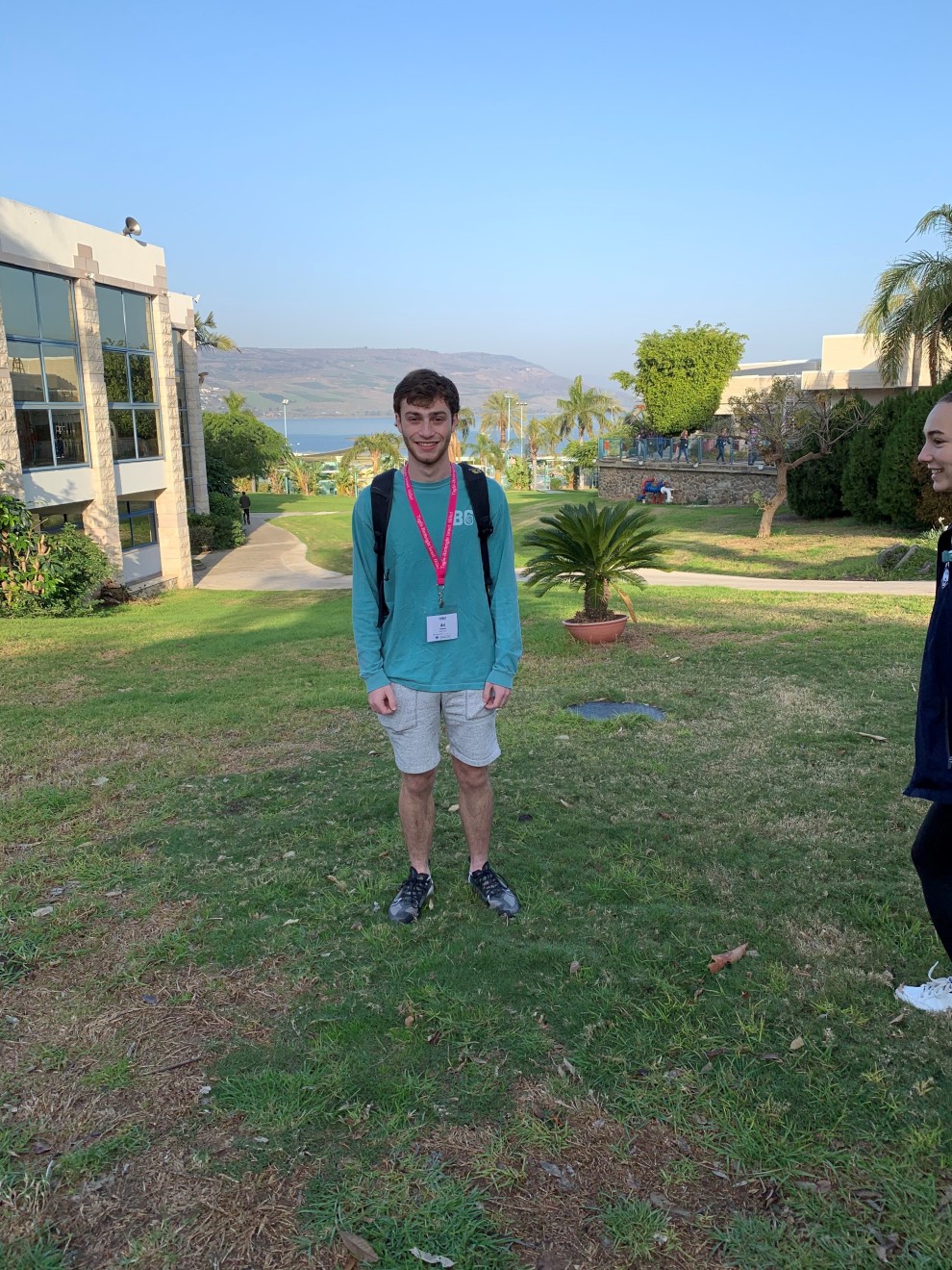 By Ari Drayman / Special to the BJV

When I arrived at John F. Kennedy Airport before my journey began, I had no idea what to expect. All I could see was that I was in a group full of strangers going to a foreign land that is associated with a lot of negative connotations. I felt out of my comfort zone and even thought to myself a couple of times, “What am I doing? Why didn’t I just stay home to spend more time with my family before I have to go back to school from winter break?” However, after landing at Ben Gurion airport in Tel Aviv, what was in store for me was a trip of a lifetime – funded in part by the Jewish Federation of the Berkshires – that I will never forget.

Before this trip, one of the main reasons why I wanted to go to Israel was to fully understand what Israel means to me and to put a landscape to all the knowledge I had gained over the years in Hebrew school, NFTY, listening to sermons, and taking classes discussing this land’s history. Over the duration of this trip, I began to realize that these questions would not all be answerable given the amount of time I had in Israel. Being there for only ten days, I was challenged by speakers, Israeli soldiers, and my peers to think about Israel not just as a land of the Jewish people but as a place that has induced change within the world.

I learned that Israel, a state the size of New Jersey, has more tech startups than any other place in the world besides Silicon Valley. I learned that Israel is one of the world’s leaders in creating and producing skincare/beauty products used by millions of people. I learned about how Israel is one of the few places in the world where people are able to balance religion and modern innovation. Without Israel, the world we live in would be on a different trajectory.

Israel also faces issues between the ultra-religious Jewish people and its secular population. The best example of this is on the Western Wall. Although many people know that the Western Wall is segregated based on gender, I never realized how much more space and rights the men get at the wall as opposed to women. The women’s side of the wall is much more crowded, nobody is there to help them wrap tefillin, and there is no library, while on the men’s side of the wall, there is a plethora of text to read from, there is a lot of space to move around, and there are a lot of people offering to help you wrap tefillin.

After talking to the Israeli soldiers on my trip, I also got some more information on other arguments between the ultra-religious Jewish people and its secular population. This mainly revolved around the issue of Shabbat and what you should and should not be allowed to do on this weekly holiday. For example, on Shabbat, there is no public transportation in Jerusalem, yet the Israeli government wants fewer people to buy cars. Another example of this is that on Shabbat, the religious Jewish people want the Jerusalem market closed entirely while the rest of the population wants it open seven days a week.

Although I had learned a lot about Israel on this trip about its innovations and myriad of issues it faces, I also have had some of the best experiences of my life within Israel. I got to hike Masada with my friends and see the Negev on one side and the Jordan River on the other. I got the chance to put mud on my body and float in the Dead Sea. I got the opportunity to converse with Israeli soldiers and talk about our own lives, and ask each other questions with no bounds. I got the opportunity to meet Jewish people my age and experience Israel with them. This trip exceeded all of my wildest dreams.

At the beginning of the trip in the airport, the tour guide of our group told us that before we know it, we would be on the plane back home wondering where the time went. During this time, I did not believe him. I thought to myself, “How could a ten-day trip go by so fast?” But when I found myself back at the same airport ten days later, I fully understood what he meant. After making some of the best friends I have ever made, engaging in some of the most intense conversations I have ever been a part of, and exploring my Jewish identity with 47 other people, it all ended within the snap of my fingers.

My biggest takeaway from this trip was if you ever get the chance to go on Birthright, even if you question your decision as I did in the beginning, go anyway. This experience will change your life and help you understand the true importance of Israel in this world despite the problems it faces today. You will meet incredible people and engage in experiences you will never forget.

Before I left for Israel, I seriously thought that I would never want to go back there after this trip. Now, I yearn to go back to Israel sometime soon to see this land again in the near future. Boy, I could not have been more wrong.

Thank you to the Jewish Federation of the Berkshires for supporting my Birthright Israel experience.

Ari Drayman was raised in the Berkshires; his family are members of Temple Anshe Amunim. He is currently a sophomore at American University in the School of Public Affairs. He writes that one of his passions in life is finding out more about his Jewish identity and how it impacts his life, which led him to go on Birthright Israel.